The octopus is widely believed to be one the most intelligent and beautiful animals in the ocean. They are capable of amazing feats of problem solving and biological trickery. This sculpture captures the eloquent movement of a Giant Pacific Octopus as it skulks across the ocean floor in seemingly weightless fashion. The piece is 19″ wide, 14″ tall. Edition limited to 50. 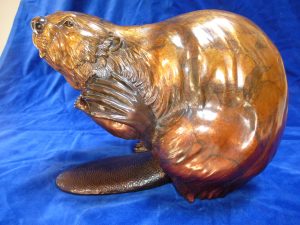 The beaver is the iconic Canadian symbol of industry and ingenuity. He is uniquely equipped to alter his landscape and survive anywhere there is running water. The beaver was instrumental in encouraging explorers in North America to expand the frontier and beaver fur was widely used to create felt hats and warm blankets. The historic importance of this animal is often belied by our often complicated relationship with this tree chewing, dam building, tail slapping rodent. Hail to the beaver! 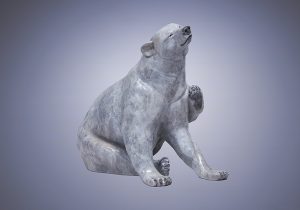 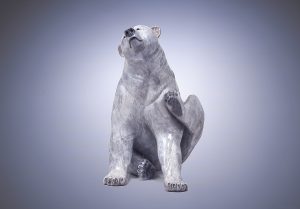 In the mid-coastal rain forest of British Columbia lives one of the most unique and geographically isolated species. The Kermode subspecies of black bear is not an albino, but rather, is a genetically fixed color phase. Being a recessive gene allows offspring of other colors to be born to the same mother. These bears are protected, revered and held in spiritual esteem by those who encounter them. Although known to be unusually friendly, they have only been studied by a fortunate few. This piece is free standing and measures 8 inches tall and 12 inches wide. It features an enhanced patina which showcases the animals unusual colouring. The edition in limited to 50. Inquire.

“Lynx” is the first of a new series of free-standing and smooth surfaced bronzes.  The granite like finish mimics the cat’s ghostlike qualities.  The sculpture measures 10″ square and is a limited edition of 50. Inquire. 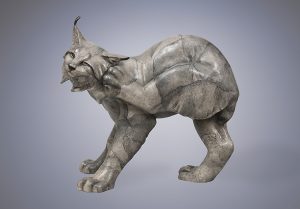 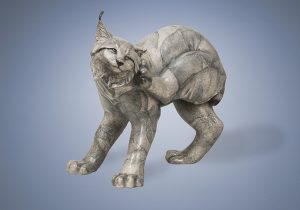 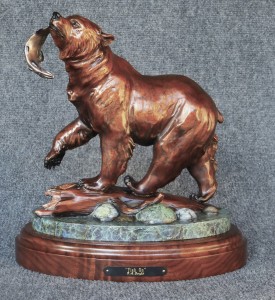 For two months of the year, I have the pleasure and privilege of observing these magnificent mountain grizzly bears as they fish on the Lardeau River.    In this sculpture entitled “Fish On!” a cocky young griz has caught his first trout.  Snagged only by the tail, this feisty fish writes his own ending to this story.  As I have often seen, success is not always a given.  This sculpture measures 12″ tall and is mounted on walnut.  Inquire. 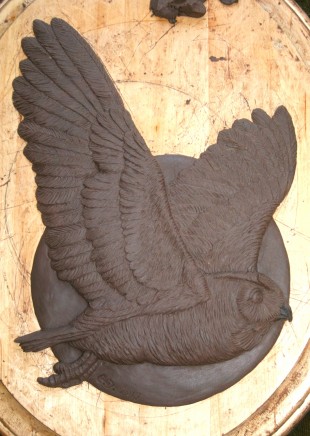 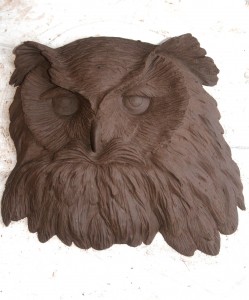 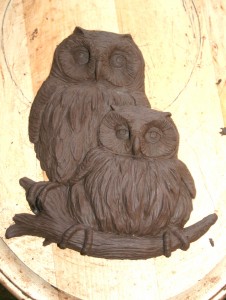 These owl themed award motifs are in keeping with the wildlife theme established by Carole at the Alberta Children’s Hospital in Calgary, Alberta since the new hospital opened some 10 years ago.  The flying great horned owl and the owlets will adorn the plaque in the doctors lounge which holds the name of each year’s award recipient.  The “top doc” will take home a custom walnut recognition award which will contain the portrait of the adult great horned owl.  The flying owl symbolizes family, protection, health and vigor.  The owlets are central to the piece by representing the kids and their circle of siblings and friends.  The female adult owl on the “take home plaque” represents all the qualities that owls and doctors have in common including knowledge, wisdom, patience and nurturance.